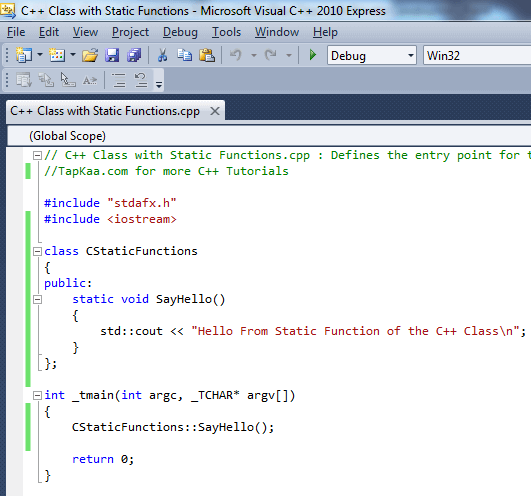 You can copy the above code snipplet or create your own C++ Project as described in the C++ Hello World Project in this website.Once you have build your C++ project, you can run it from within Microsoft Visual Studio by pressing Ctrl + F5 keyboard shortcut and watch the output as displayed below.

Output of C++ Project Containing a Class with Static Function

Note the text displayed by the static function is displayed as the output of the C++ project. Yes the usage of static keyword requires you to understand when and why it is needed. Yes there is lots more to learn about C++, but in case you do understand simple sample projects described on this website, you are making good progress and remember C++ is the easiest programming language to learn.